Home > The PRETAVOIR Blog | Stay Up To Date With The Eyewear Industry > What Sunglasses Does Kourtney, Khloe and Kim Kardashian Wear?

Keeping Up With The Kardashians

Posted on Aug 21, 2020
At this point I think everyone has heard of The Kardashians? The royal family of reality TV - the Kardashian/Jenners hold some serious power when it comes to style, television and social media. Keeping Up With The Kardashians is now moving onto its nineteenth season and there appears to be no end to the stream of family drama.

In preparation for the new season airing this year we are going to go through a quick overview of who Kourtney, Kim and Khloe are, along with some of their favourite sunglasses! If you ever spot one of the Kardashians or Jenner wearing a pair of glasses you fancy, just send us a message and we will try and help source them for you! We feature the family regularly on our 'As Seen On Stars' page, click her to view what eyewear designs your favourite celebrities are wearing.

Having now been in the public eye for almost two decades, the Kardashian family have been branded America’s first famous reality family. Majority of the family members have gone on to become owners of global empires within the beauty, fashion and modelling industry.

Who Is Kim Kardashian-West?

Arguably the most famous Kardashian, Kim is 39 and started making a name for herself in the early 200s as a personal stylist to the stars such as Paris Hilton. Featuring on the popular reality TV show, ‘The Simple Life’,  Kim shot to fame in 2007 with her own show ‘Keeping Up With The Kardashians’ on E! Since then, Kim has gone on to grace the covers of Vogue, Elle, Paper, Harper’s Bazaar and GQ to name a few. She has endorsed many fashion, beauty and health brands and even has her own video game - Kim Kardashian: Hollywood. More recently she has focused on her namesake KKW Beauty and Skims, her own shapewear brand.

Kim has been married three times: First to music producer Damon Thomas for three years in the year 2000, then to basketball player Kris Humphries in 2011 but famously the pair filed for divorce after just 72 days of marriage. Since 2012, she has been married to rapper and long-time friend, Kanye West, making her Kim Kardashian-West. Together they have three children: North West, Saint West and Chicago West.

What Sunglasses Is Kim Kardashian-West Wearing?

Kim's style is ever-evolving and more recently curated by Kayne West. Kim's style used to be quite ordinary but always on trend, in more recent years she has taken more fashion risks with skin-tight dresses, sports-luxe ensembles and some wacky accessories.
Kim appears to favour black oversized sunglasses Kim's go-to brands are Porsche Design, CELINE and Givenchy. This year she has been sporting some vintage Chanel and Versace designs but still very much sticking to the bold/block style alternating between black and tortoiseshell frames.

Click the images below to see each frame a bit closer. 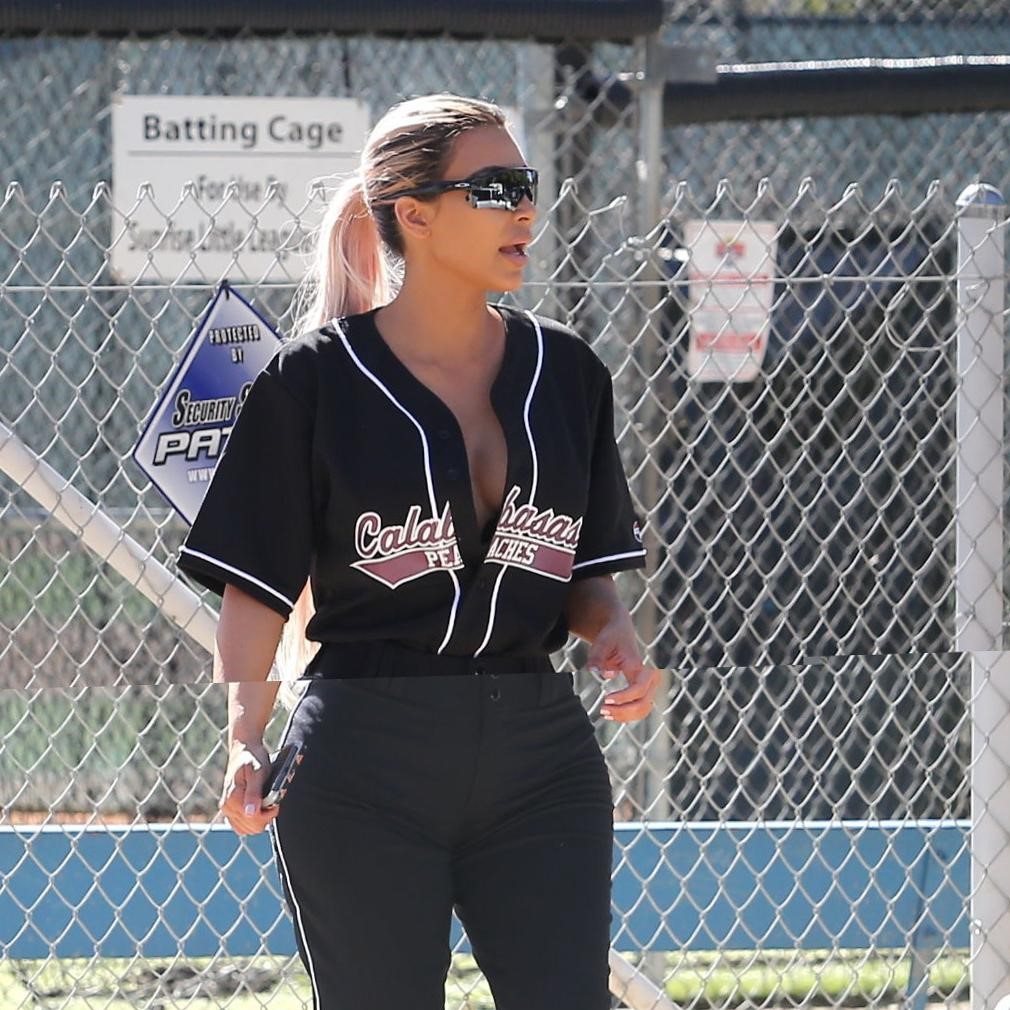 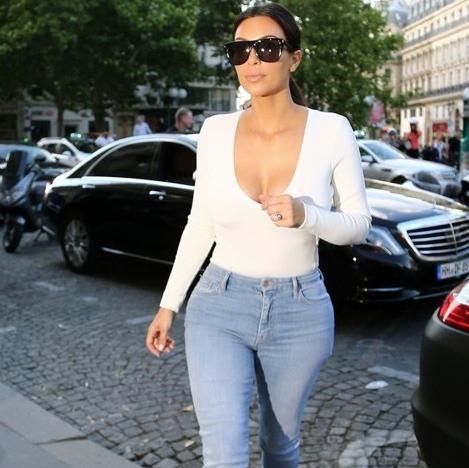 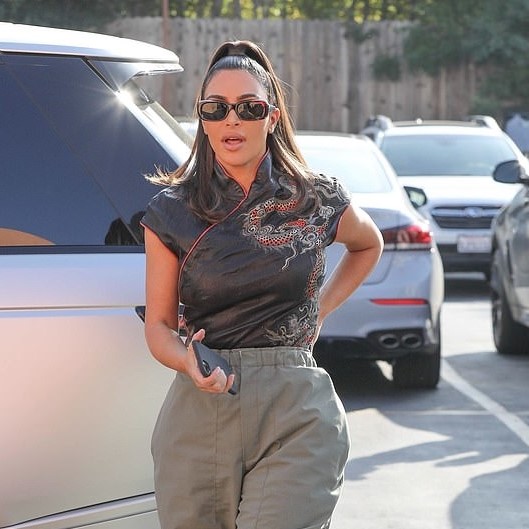 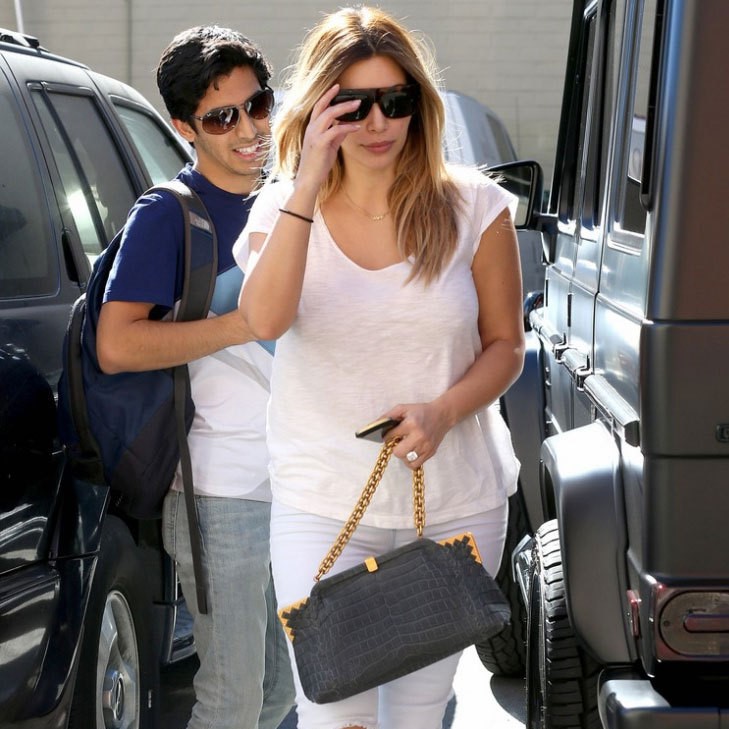 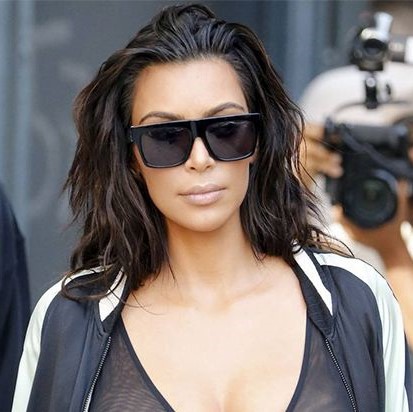 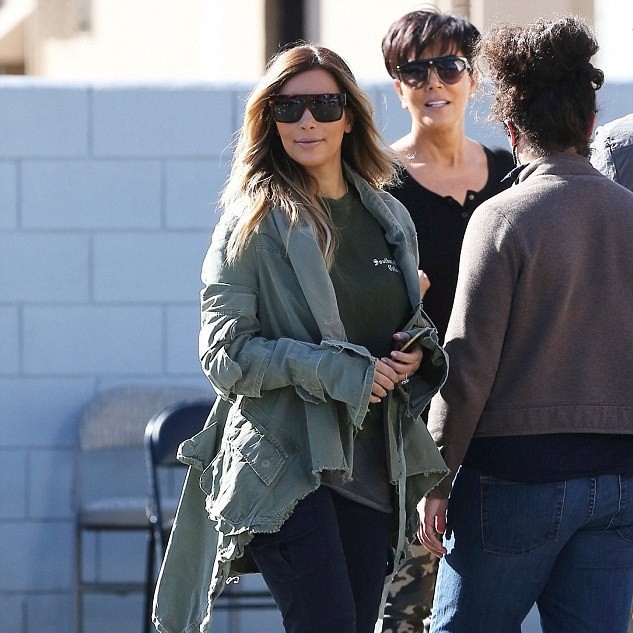 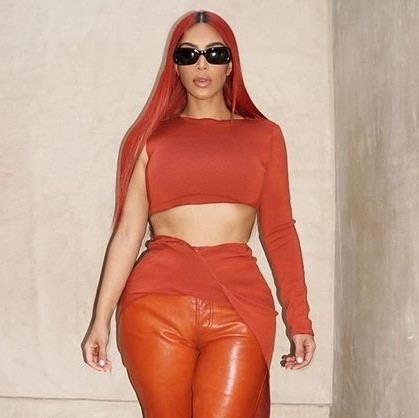 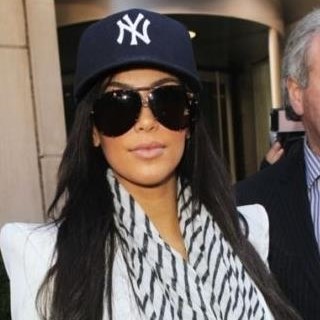 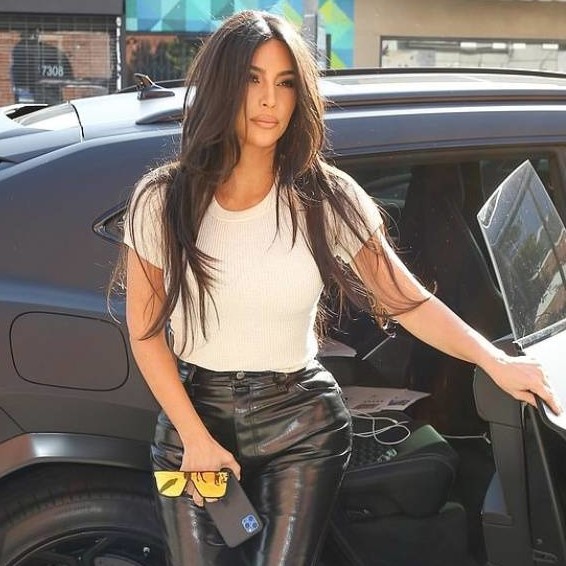 Who Is Khloe Kardashian?

Khloe, the younger sister of Kim and Kourtney, 36, and mother to True Thompson. Khloe married basketball player Lamar Odom in 2009, the pair were given their own show but filed for divorce in 2013 - she then got together with basketball player Tristan Thompson, father to True.
From 2012 onwards, Khloe has been busy on solo ventures such as her own shows called ‘Kocktails With Khloe’ & ‘Revenge Body’. She joined the American version of the X Factor as a host, as well as hosting her own radio show and releasing her first book: ‘Strong Looks Better Naked’. She also has her own denim line called ‘Good American’ which sold $1 million-worth of jeans on the first day of its launch.

What Sunglasses Is Khloe Kardashian Wearing?

Her overall style has changed dramatically over the course of KUWTK but her taste in eyewear has always remained true to classic aviators. Khloe is a fan of oversized designs, similar to Kim she is often seen wearing Porsche Design 8478s but also repeatedly wears Fendi, Saint Laurent and Dior. She is often seen wearing reflective mirror lenses that cover most of her face.

Click the pictures of Khloe Kardashian below to see each pair a bit closer. 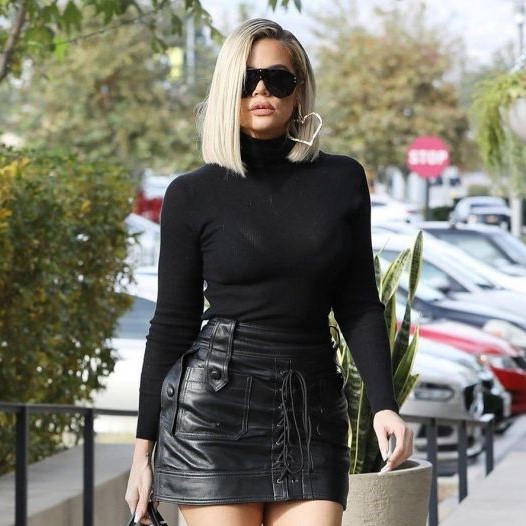 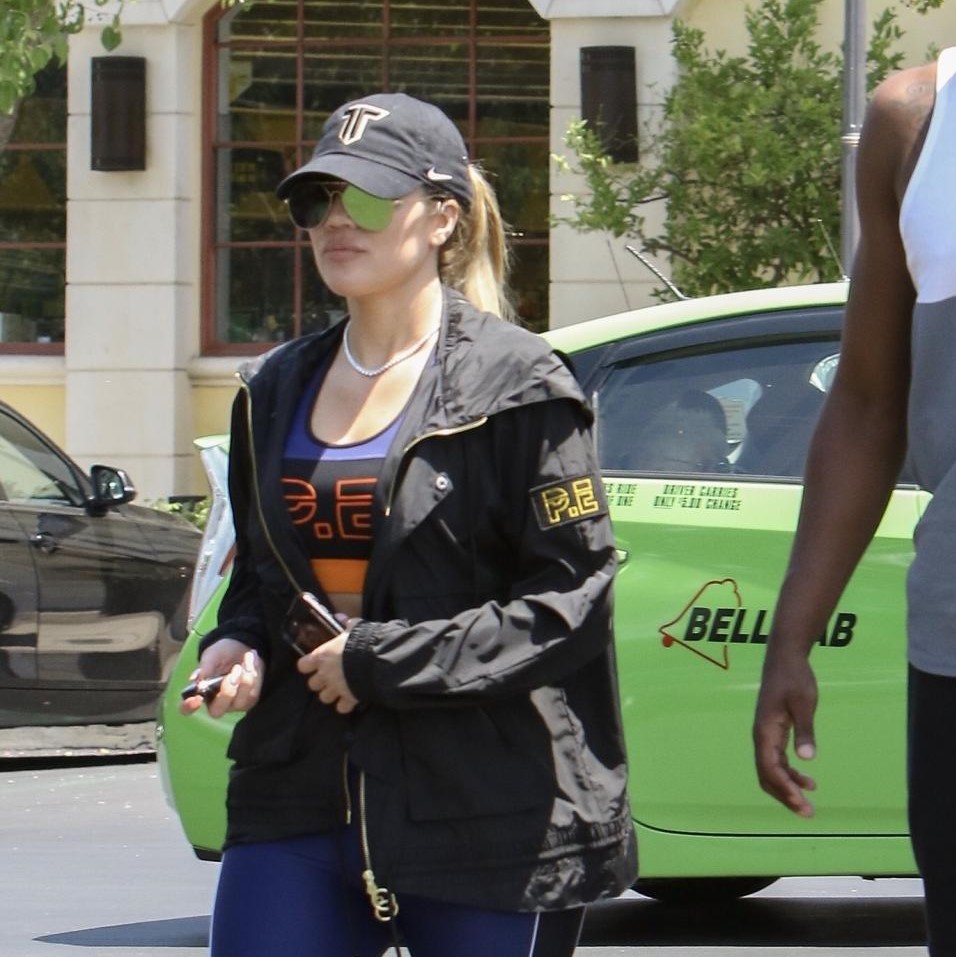 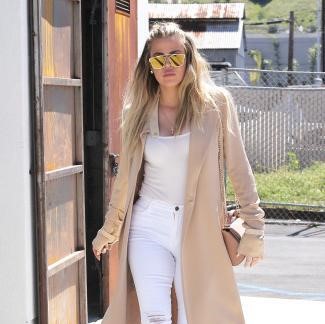 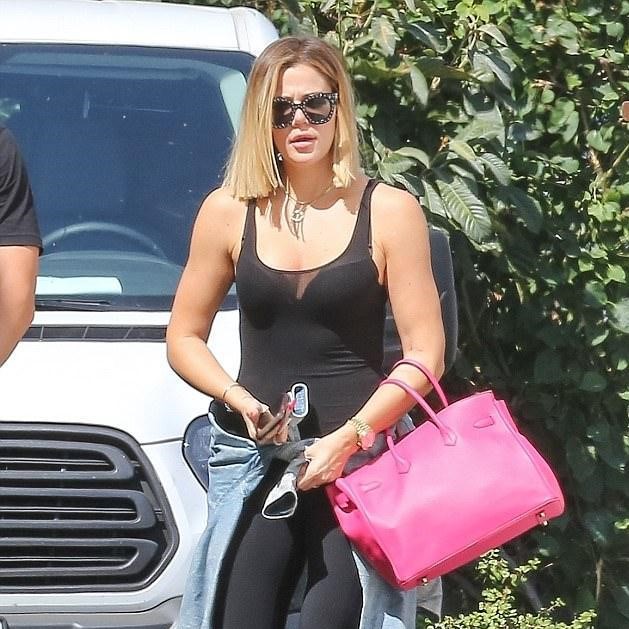 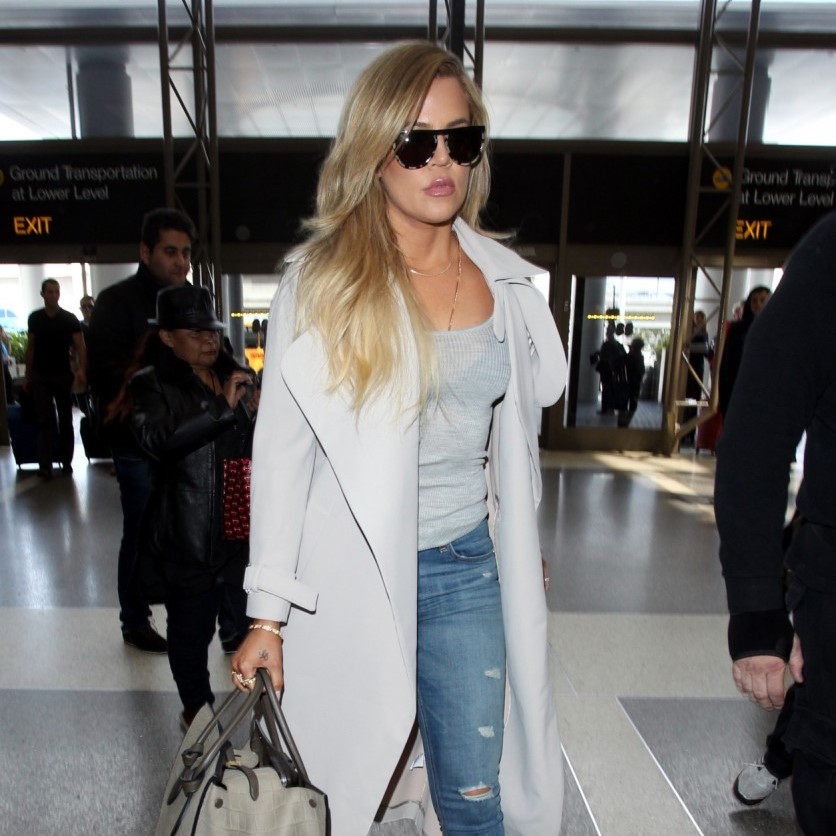 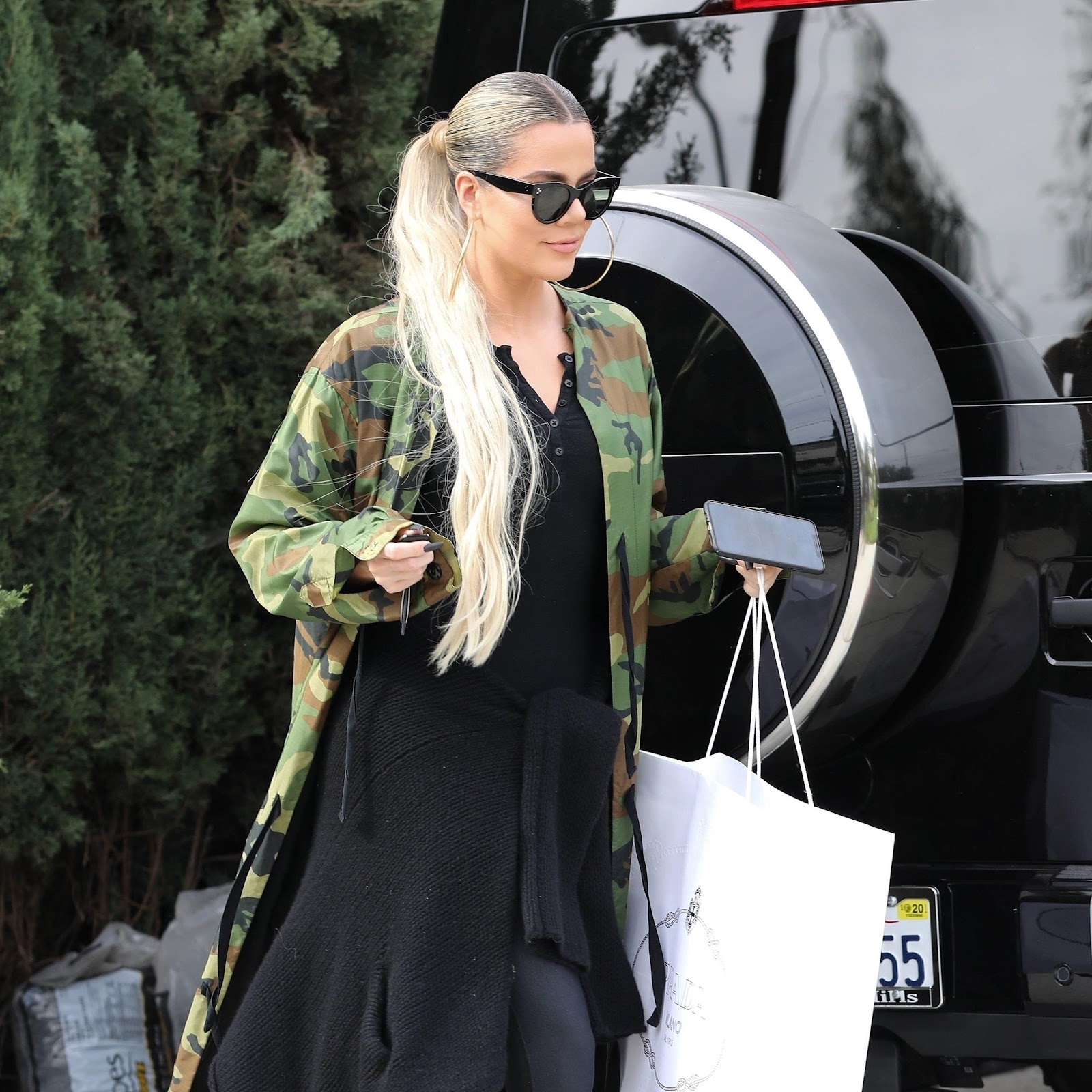 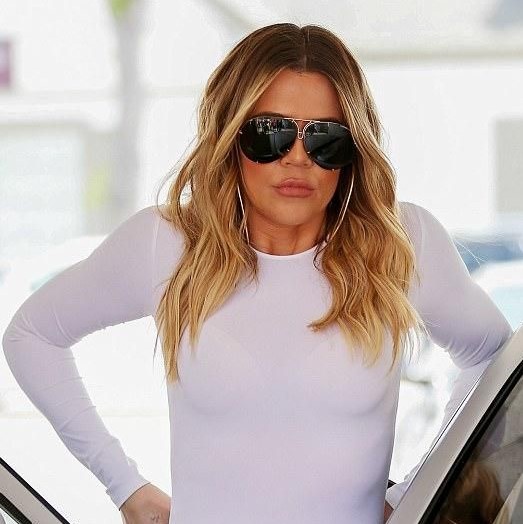 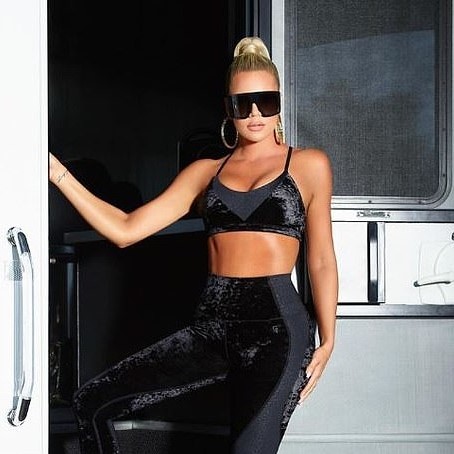 Who Is Kourtney Kardashian?

Kourtney is the eldest Kardashian sibling at 41. Kourtney Kardashian has three children with her now ex-Scott Disick: Mason, Penelope and Reign. The pair co-parent together although both have new partners, Scott [commonly referred to as ‘The Lord’] is now dating Sofia Richie.
Kourtney is recognised for her health-conscious lifestyle and has positioned herself as the most environmentally conscious member of the Kardashian family. In 2018, Kourtney appeared at a congressional briefing for the nonprofit Environmental Working Group speaking in favour of regulatory reform of the cosmetics industry.

In 2019, Kourtney then launched her own lifestyle and wellness site, Poosh, with a stated mission to "educate, motivate, create, and curate a modern lifestyle, achievable by all."

What Sunglasses Is Kourtney Kardashian Wearing?

Kourtney is also partial to a Porsche Design 8478 frame but unlike Kim and Khloe, she often opts for a more slim-line frame like Alain Mikli, Dior and Miu Miu. Kourtney's style is a bit more casual and contemporary, Kourtney is often seen sporting simple t's and jeans which makes her sunglasses really stand out and tie her whole look together. When it comes to a special event though Kourtney really steps up her game and can be seen just as glamorous as her sisters in perfectly tailored suits or flirtatious dresses.
Click on each image to shop Kourtney's sunglass style. 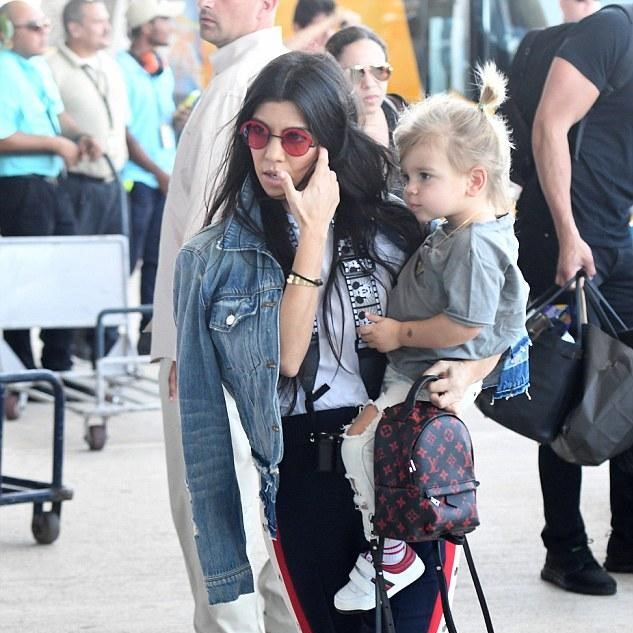 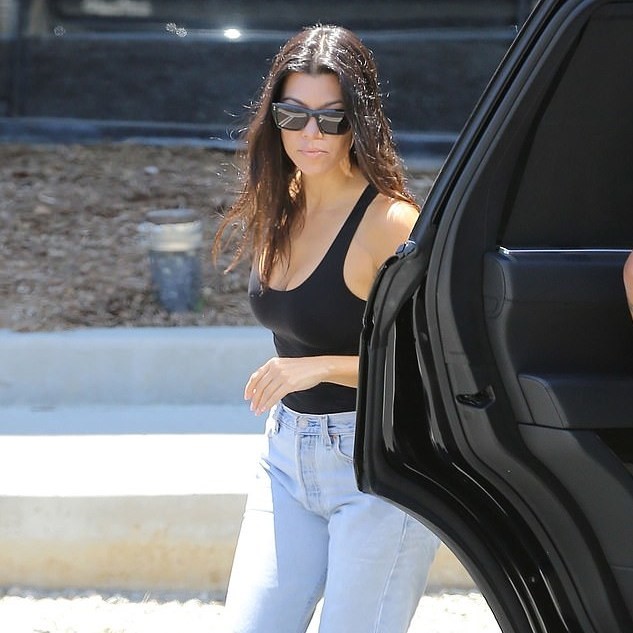 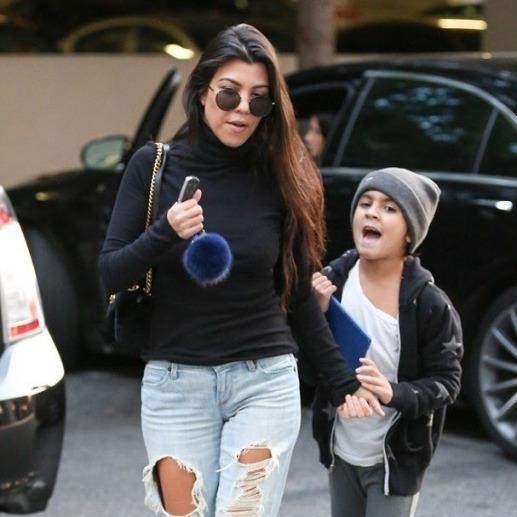 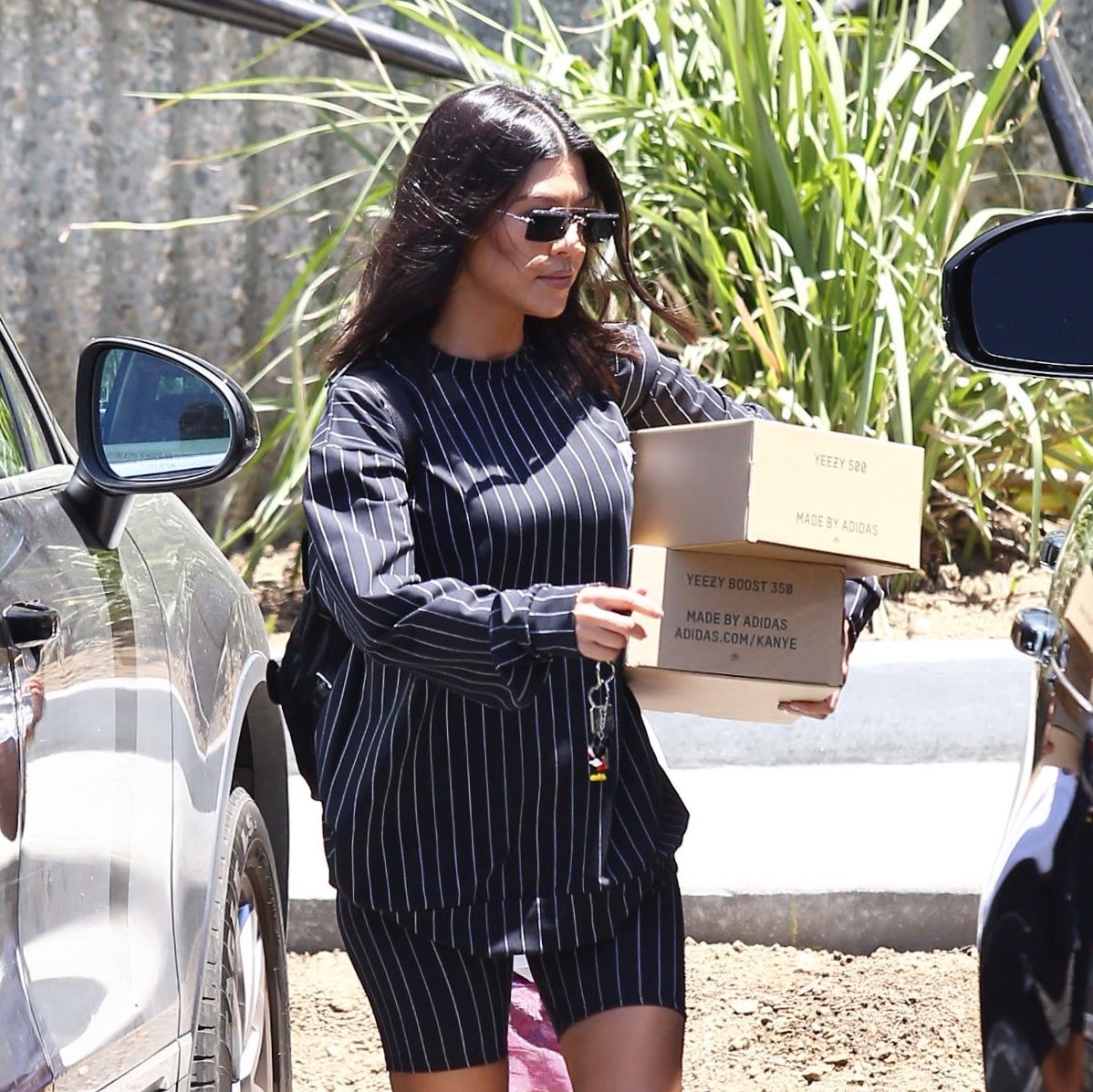 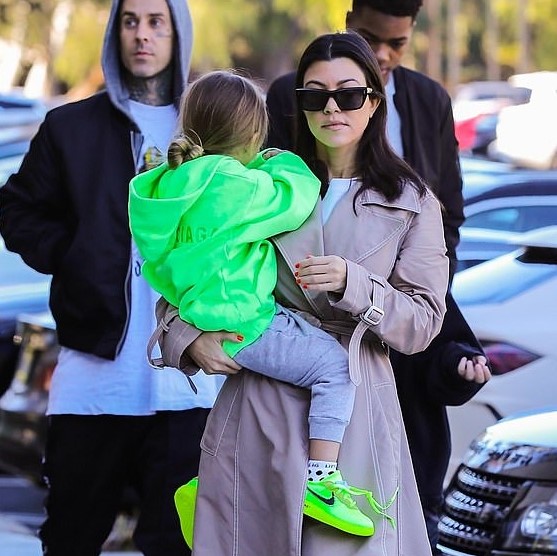 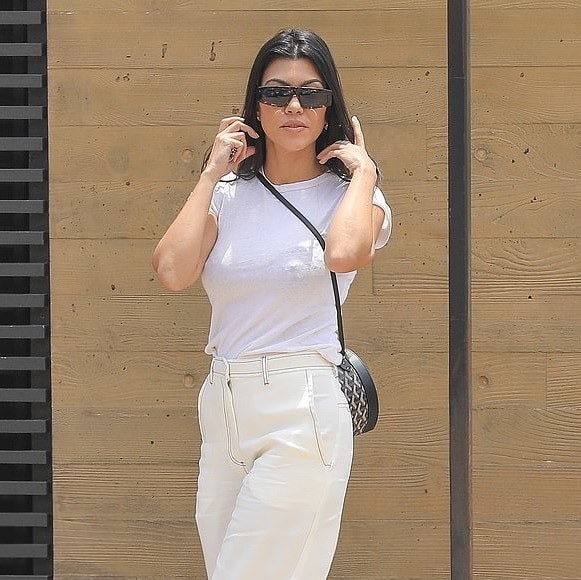 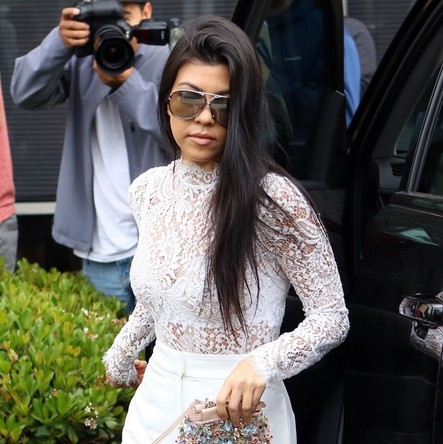 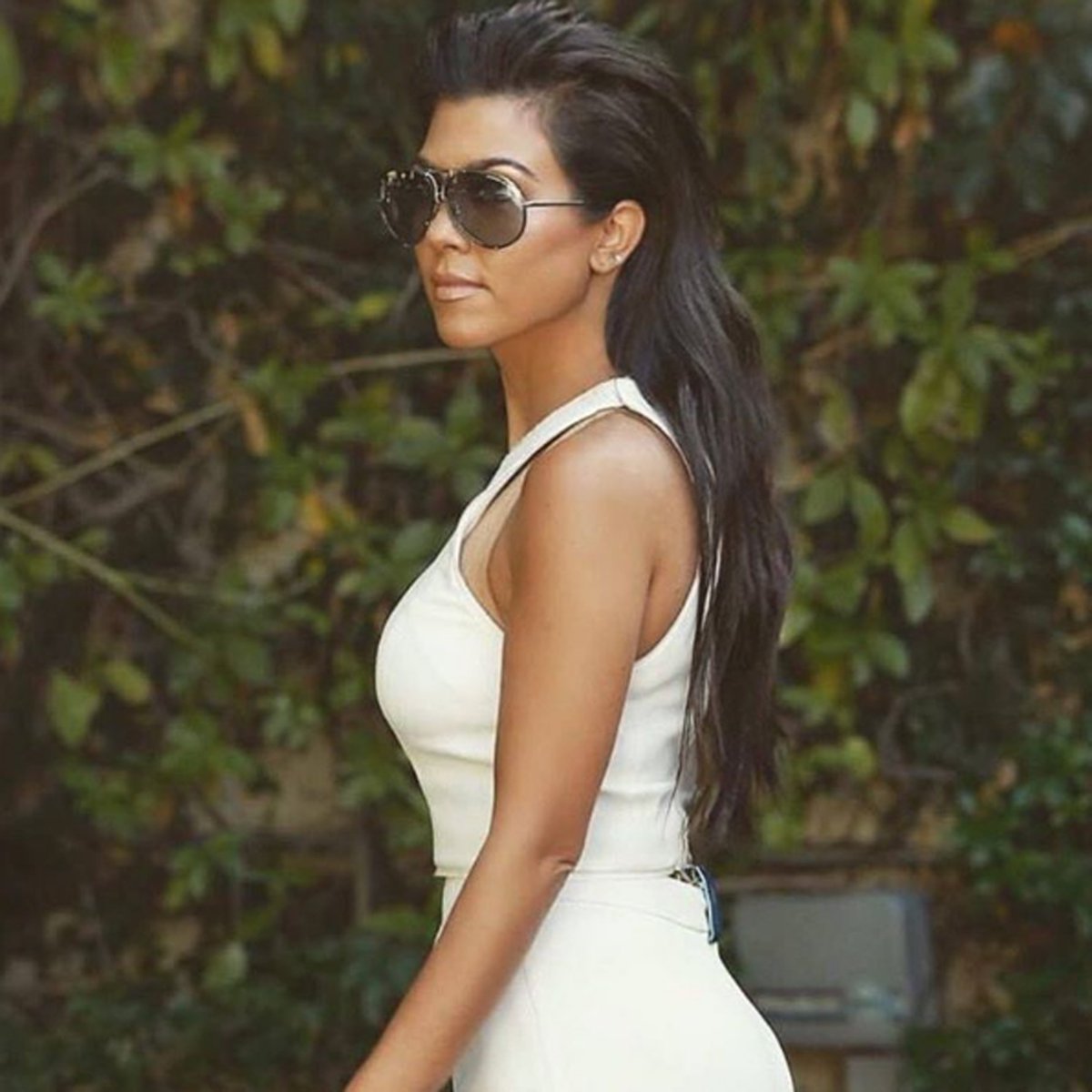 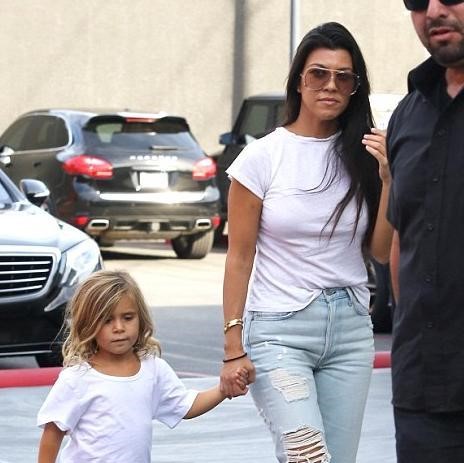 That should be you all Kaught Up With The Kardashians.